Here at Well Tempered we’re very proud to be manufacturing for The Leaf Label.

Until Silence marks a monumental shift for Roll The Dice, in both sonics and psychogeography. The characteristic framework of piano and synthesiser is reinforced with a newly conscripted string section: dramatic arrangements grind against furnace blasts of static, and phases of unrelenting rhythmic intensity collapse into moments of frayed, fragile beauty. Roll The Dice’s most powerful and nuanced work to date, its tracks are by turns harrowing and searching, pushing the duo’s sound to monolithic, foundation-shuddering heights of ambition, scale and physical weight.

The Stockholm-based duo’s third album is the next chapter in an unfolding historical narrative, which Peder Mannerfelt and Malcolm Pardon began with their acclaimed self-titled debut. That first album chronicles its characters’ pastoral existence in a pre-industrial landscape. On In Dust, released in 2011, things had already taken a turn for the nightmarish – its darkened hues and mechanical rhythms trapped their characters in the drudge of working life in a fin de siècle industrial metropolis.

Until Silence opens with the tense piano reverberations of ‘Blood In Blood Out’; the two protagonists have escaped from the mundane grind of the factory floor, landing in a still more perilous situation. They find themselves in the midst of great societal turmoil, with war erupting all around them.

In order to capture that landscape, “we wanted to push the music to extremes,” reveals Mannerfelt. “To make it both harder and darker, but more romantic and emotional at the same time.” To that end the duo enlisted Erik Arvinder to work on string arrangements for several of Until Silence’s tracks, which were then recorded with a 26-piece ensemble. Arvinder’s arrangements further heighten the natural cycles of tension and release that have always been cornerstones of the Roll The Dice sound. During the album’s harshest moments, they sharpen every piano note and rhythmic sub-bass throb so the music cuts jagged from the speakers, while during quieter phases they carve open huge spaces within the music. 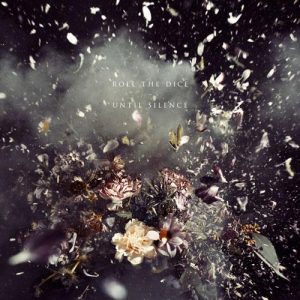 Matching their use of orchestral instrumentation, Until Silence also finds Pardon and Mannerfelt pushing their own compositional methods further into uncharted territory. The influence of the duo’s individual projects on the collective sound of Roll The Dice has always been tangible. Pardon, who works as a composer for film and TV, has a natural flair for evocative composition and narrative arc, while Mannerfelt – who has toured as part of Fever Ray and produced techno as The Subliminal Kid – is a remarkably skilled sculptor of electronic sound and bass tones. Mannerfelt’s recent solo explorations under his own name, including the stark and brutalist electronics of his Lines Describing Circles album, have clearly fed their own energy back into Roll The Dice – with Until Silence, they take the electronic core of their sound into harsher and more heavily processed textural domains.

This greater dynamic range enables them to summon up a complex tangle of sensations, everything from elation to simmering dread, mirroring the conflicted feelings of humans at the mercy of forces beyond their control. “It’s the push and pull of being in the middle of something massive, chaotic and brutal, mixed with feelings of loss and total resignation,” says Mannerfelt. “We wanted to try and portray something like a single human being’s very personal experiences within something of epic and devastating proportions.” With that in mind, continues Pardon, “the idea of the ‘war’ has a very symbolic value, in trying to capture these different emotions, but of course the album is not about a war per se. I mean, everyday life can be like war sometimes; we wanted to capture that somehow.”

Until Silence’s dark and stormy nature undoubtedly strikes a chord at a time when the socioeconomic and political state of affairs gripping Europe and further afield is grim indeed, with austerity programmes, looming economic collapse, and the unsettling rise of far right agendas. Yet throughout, the music is pockmarked with flashes of light where proactive optimism for the future intermingles with nostalgia for fond memories buried beneath the rubble. Combined with its exploratory approach to sound design, these themes and ambiguities make Until Silence a work that feels uniquely of now. That Pardon and Mannerfelt have crafted so ambitious, deep and multifaceted an album isn’t necessarily a surprise given their acclaimed tenure as Roll The Dice to date. With it they continue to stake their position as one of the most fascinating and vital units currently operating in electronic music.

Yet again The Leaf Label deliver…